The Menorah : by the Temple Institute
( Machon HaMikdash)

The work of lighting the Menorah that Aaron was given in the Mishkan, is shown to be a metaphor for the work of the mitzvot that we do. However the western candle shone with more light than the oil allotted to it and this was seen by the Sages as miraculous, testifying that God in His mercy does not reward us strictly according to our deeds but gives us of His light, His bounty despite the paucity of our mitzvot. Through His light, he sustains the whole world. 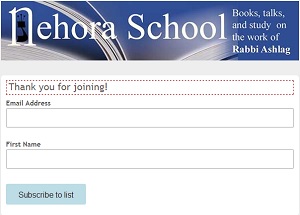 In the Shadow of the Ladder

A Tapestry for the Soul

A Tapestry for the Soul

The Tapestry for the Soul: The Introduction to the Zohar by Yehdiah Leib Ashlag

The Master of the Ladder

You can dedicate a podcast to the merit of a loved one, or to celebrate a happy occasion and thus support Torah learning.